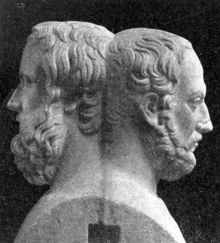 The object of Luke was to confirm Theophilus and through him all his readers in the faith in which he had already been orally instructed, and to lead him to the conviction of the irrefragable certainty of the facts on which Christianity rests.

Luke…takes a universal view of Christ as the Saviour of all men and fulfiller of the aspirations of every human heart. He brings him in contact with the events of secular history in the vast empire of Augustus, and with the whole human race by tracing his ancestry back to Adam.

The whole book is undoubtedly admirably suited to Greek taste. It at once captivates the refined Hellenic ear by a historic prologue of classic construction, resembling the prologues of Herodotus and Thucydides. It is not without interest to compare them.

Luke begins: “Forasmuch as many have taken in hand to draw up a narrative concerning those matters which have been fufilled among us, even as they delivered them unto us, which from the beginning were eyewitnesses and ministers of the word: it seemed good to me also, having traced the course of all things accurately from the first, to write unto thee in order, most noble Theophilus; that thou mightest know the certainty concerning the things wherein thou wast instructed.”

Herodotus: “These are the researches of Herodotus of Halicarnassus, which he publishes, in order to preserve from oblivion the remembrance of former deeds of men, and to secure a just tribute of glory to the great and wonderful actions of the Greeks and the barbarians; and withal to put on record what were their grounds of feud.”

Thucydides: “Thucydides, an Athenian, wrote the history of the war in which the Peloponnesians and the Athenians fought against one another. He began to write when they first took up arms, believing that it would be great and memorable above any previous war. For he argued that both States were then at the full height of their military power, and he saw the rest of the Hellenes either siding or intending to side with one or other of them. No movement ever stirred Hellas more deeply than this; it was shared by many of the barbarians, and might be said even to affect the world at large.”  (Jowett’s translation.)

These prefaces excel alike in brevity, taste, and tact, but with this characteristic difference: the Evangelist modestly withholds his name and writes in the pure interest of truth a record of the gospel of peace for the spiritual welfare of all men; while the great pagan historians are inspired by love of glory, and aim to immortalize the destructive wars and feuds of Greeks and barbarians.