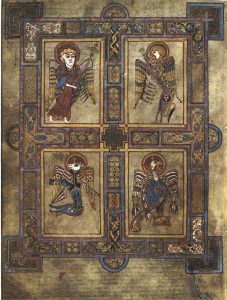 The Credibility of the Four Gospels – By Phillip Schaff (Edited by Daniel Sheridan – Twitter: @DanielWSheridan)

Christianity brings joy and peace from heaven to earth. The New Testament opens with the gospel, that is with the authentic record of the history of all histories, the glad tidings of salvation through the life, death, and resurrection of Jesus Christ. The four canonical Gospels are only variations of the same theme, a fourfold representation of one and the same gospel, animated by the same spirit. They are not full biographies, but only memoirs or a selection of characteristic features of Christ’s life and work as they struck each Evangelist and best suited his purpose and his class of readers. They are not photographs which give only the momentary image in a single attitude, but living pictures from repeated sittings, and reproduce the varied expressions and aspects of Christ’s person.
The style is natural, unadorned, straightforward, and objective. Their artless and naïve simplicity resembles the earliest historic records in the Old Testament, and has its peculiar and abiding charm for all classes of people and all degrees of culture. The authors, in noble modesty and self-forgetfulness, suppress their personal views and feelings, retire in worshipful silence before their great subject, and strive to set it forth in all its own unaided power.
The Gospels have their common source in the personal intercourse of two of the writers with Christ, and in the oral tradition of the apostles and other eye-witnesses. Plain fishermen of Galilee could not have drawn such a portrait of Jesus if he had not sat for it. It would take more than a Jesus to invent a Jesus. They did not create the divine original, but they faithfully preserved and reproduced it.
The symbolical poesy of the church compares them with the four 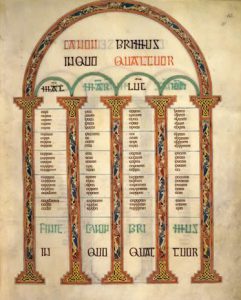 rivers of Paradise, and with the four cherubic representatives of the creation, assigning the man to Matthew, the lion to Mark, the ox to Luke, and the eagle to John.
The Gospels make upon every unsophisticated reader the impression of absolute honesty. They tell the story without rhetorical embellishment, without any exclamation of surprise or admiration, without note and comment. They frankly record the weaknesses and failings of the disciples, including themselves, the rebukes which their Master administered to them for their carnal misunderstandings and want of faith, their cowardice and desertion in the most trying hour, their utter despondency after the crucifixion, the ambitious request of John and James, the denial of Peter, the treason of Judas. They dwell even with circumstantial minuteness upon the great sin of the leader of the Twelve, especially the Gospel of Mark, who derived his details no doubt from Peter’s own lips. They conceal nothing, they apologize for nothing, they exaggerate nothing.
Their authors are utterly unconcerned about their own fame, and withhold their own name; their sole object is to tell the story of Jesus, which carries its own irresistible force and charm to the heart of every truth-loving reader. The very “discrepancies” in minor details increase confidence and exclude the suspicion of collusion; for it is a generally acknowledged principle in legal evidence that circumstantial variation in the testimony of witnesses confirms their substantial agreement. There is no historical work of ancient times which carries on its very face such a seal of truthfulness as these Gospels.
The credibility of the canonical Gospels receives also negative confirmation from the numerous apocryphal Gospels which by their immeasurable inferiority and childishness prove the utter inability of the human imagination, whether orthodox or heterodox, to produce such a character as the historical Jesus of Nazareth.
No post-apostolic writers could have composed the canonical Gospels, and the apostles themselves could not have composed them without the inspiration of the spirit of Christ.
***The first picture is from the Book of Kells. These are the symbols of the Four Evangelists (Clockwise from top left): a man (Matthew), a lion (Mark), an eagle (John) and an ox (Luke).
***The second picture is a list of parallel passages in the four gospels from the famous Lindisfarne Gospels. This manuscript was written and decorated at the end of the 7th century by the monk Eadfrith, who became Bishop of Lindisfarne in 698 and died in 721.