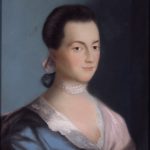 “If we mean to have heroes, statesmen, and philosophers we should have learned women.” Abigail Adams

“And this,” commenting on the creation of woman in Genesis two, “implies that the woman was to be a perfect resemblance of the man, possessing neither inferiority nor superiority, but being in all things like and equal to himself… God could have formed the woman out of the dust of the earth, as he had formed the man; but had he done so, she must have appeared in his eyes as a distinct being, to whom he had no natural relation. But as God formed her out of a part of the man himself, he saw she was of the same nature, the same identical flesh and blood, and of the same constitution in all respects, and consequently having equal powers, faculties, and rights. This at once ensured his affection, and excited his esteem.”

Paul tells us that “as in Adam all die, so also in Christ shall all be made alive.” Peter says men and women are “heirs together of the grace of life.” Women were treated like cattle throughout the centuries, but the Bible gives them their true dignity. Simply read Ephesians 5:21-33 in the context of the Roman empire! This was radical teaching! Women, in God’s eyes are equal in life, rights, and salvation.

“Notice, too, the moral effects of the gospel in the female characters of the New Testament. Christianity raises woman from the slavish position which she held…in heathendom, to her true moral dignity and importance; makes her an heir of the same salvation with man, and opens to her a field for the noblest and loveliest virtues…The Virgin Mary marks the turning point in the history of the female sex. As the mother of Christ, the second Adam, she corresponds to Eve, and is, in a spiritual sense, the mother of all living. In her, the ‘blessed among women,’ the whole sex was blessed, and the curse removed which had hung over the era of the fall. She was not, indeed, free from…sin…on the contrary, as a daughter of Adam, she needed, like all men, redemption and sanctification through Christ, the sole author of sinless holiness, and she herself expressly calls God her Saviour. But in the mother and educator of the Saviour of the world we no doubt may and should revere, though not worship, the model of female Christian virtue, of purity, tenderness, simplicity, humility, perfect obedience to God, and unreserved surrender to Christ. Next to her we have a lovely group of female disciples and friends around the Lord: Mary, the wife of Clopas; Salome, the mother of James and John; Mary of Bethany, who sat at Jesus’ feet; her busy and hospitable sister, Martha; Mary of Magdala, whom the Lord healed of a demoniacal possession; the sinner, who washed his feet with her tears of penitence and wiped them with her hair; and all the noble women, who ministered to the Son of man in his earthly poverty with the gifts of their love, lingered last around his cross, and were the first at his open sepulcher on the, morning of the resurrection.”

“Henceforth we find woman no longer a slave of man and tool of lust, but the pride and joy of her husband, the fond mother training her children to virtue and godliness, the ornament and treasure of the family, the faithful sister, the zealous servant of the congregation in every work of Christian charity, the sister of mercy, the martyr with superhuman courage, the guardian angel of peace, the example of purity, humility, gentleness, patience, love, and fidelity unto death. Such women were unknown before. The heathen Libanius, the enthusiastic eulogist of old Grecian culture, pronounced an involuntary eulogy on Christianity when he exclaimed, as he looked at the mother of Chrysostom: ‘What women the Christians have!'”

“If we do not lay ourselves in the service of mankind whom should we serve?” Abigail Adams

I long to hear that you have declared an independancy — and by the way in the new Code of Laws which I suppose it will be necessary for you to make I desire you would Remember the Ladies, and be more generous and favourable to them than your ancestors. Do not put such unlimited power into the hands of the Husbands. Remember all Men would be tyrants if they could. If perticuliar care and attention is not paid to the Laidies we are determined to foment a Rebelion, and will not hold ourselves bound by any Laws in which we have no voice, or Representation.

That your Sex are Naturally Tyrannical is a Truth so thoroughly established as to admit of no dispute, but such of you as wish to be happy willingly give up the harsh title of Master for the more tender and endearing one of Friend. Why then, not put it out of the power of the vicious and the Lawless to use us with cruelty and indignity with impunity. Men of Sense in all Ages abhor those customs which treat us only as the vassals of your Sex. Regard us then as Beings placed by providence under your protection and in immitation of the Supreem Being make use of that power only for our happiness.