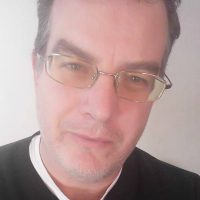 Do you know what got me interested in history? The knowledge of God as the Savior of all mankind. Before I understood the Saviorhood of God, I was under the paralyzing spell of the eternal torment doctrine which condemns the bulk of humanity to eternal flames. If hell is real, I reasoned, why would I be interested in the history of a people whose actions only led them to eternal flames? But once I was freed from the bondage of orthodox hell, my heart flung wide open and embraced the entire human race. I loved individuals, their stories, and the story of the race at large. God put a love for mankind in my heart. Love delights in its objects; therefore, I became obsessed with the story of mankind.

The Duty of a Historian

The history teacher has two primary duties: faithfulness and justice. A teacher must use all his powers to “tell it like it is.” The teacher should make the story come alive when telling it. History isn’t a pile of dry bones. History is a living organism. A teacher should treat it that way.

History contains many back-stories and points of view. It’s full of variety. Each country has its own history, outlook, and point of view. For instance, the American colonies were 13 unique “countries” with different histories. The Colonies had very little political connection with each other during the Colonial Era, so to tell the story that era faithfully a teacher should know something about each colony and their unique situations. Reformation Europe is another example; Reformation Europe needs to be looked at differently than Medieval Europe. The arrangements both politically and religiously were so different that it requires two different approaches in order to do the subjects justice.

A history teacher should love his subject. That means he should love people. After all, people are the main actors in history. Our lives are intertwined. Every life contributes to the composition the story. WE ARE PART OF THE STORY. A teacher should have universal human sympathy. When approaching a specific story do not overlook its connection with the whole story.

A history teacher must lay aside all his prejudices; his goal is truth. It is impossible for a person to ignore his background, training, and convictions when teaching history, and he or she shouldn’t. Your background is part of who you are. But our convictions, training, and local cultural surroundings shouldn’t cause us to wander from the path of truth. Don’t be too proud. Too often we imagine “we are the people, and wisdom will die with us.” Follow Ben Franklin’s advice, “Doubt your own infallibility.”

A history teacher should survey history from a point where he can see the whole. From there he should look at every individual and event, every religious belief and political arrangement, and everything else that makes up history, in their relationship to the glorious whole.

The Father of History

History is like life; it’s sequential, but it’s also full of variety, full of life.

The Greek historian Herodotus (484-414 BC), known as the “Father of History,” wrote about ancient Egypt, Persia, and Greece. It has been said of him that he broke new ground in his histories in that he didn’t merely sequentially document facts concerning the war between Persia and Greece, he dug deeper examining the causes of the war. He incorporated into his accounts surrounding information that shed light on the conduct of the war and the personalities of those who waged it. That’s what makes Herodotus a good read; he didn’t just record events, he went below the surface to find the reasons and motives behind the events. Herodotus brought history to life!

The word “histories” in Greek means “inquiries”. To inquire means a whole lot more than documenting places, dates, and events. To inquire is to ask questions, to interrogate. “What happened” is the event. But a good historian asks, “Why did that happen?” What makes for good history is when the historian “inquires” into the underlying causes that move people to act in any given time or place. It’s not so much the locations and dates which create the events, but the thinking, beliefs, and character of the people. The study of history is essentially the study of man and his beliefs; the events are the results of those beliefs.

What should characterize the historian, history buffs too, are empathy and a love for humanity, in spite of all its faults.

One field of historical studies deals with the history of Christianity – “Church History.” Eusebius, bishop of Caesarea, in Palestine, contemporary of Constantine the Great, wrote a ten volume church history covering the years from the birth of Christ to 324. This work has been praised because of the author’s moderation and love of the truth and have won Eusebius the title, “Father of Church History.”

In the nineteenth century another Church Historian, a Professor of Church History in Berlin, took pen in hand, August Neander, and for his work he has been labeled the “father of modern church history.” One of his students described him as “…a child in spirit, a giant in learning, and a saint in piety, led back the study of history from the dry heath of rationalism to the fresh fountain of divine life in Christ, and made it a grand source of edification as well as instruction for readers of every creed. His General History of the Christian Religion and Church…is distinguished for thorough and conscientious use of the sources, critical research, ingenious combination, tender love of truth and justice, evangelical catholicity, hearty piety, and by masterly analysis of the doctrinal systems and the subjective Christian life of men of God in past ages. The edifying character is not introduced from without, but naturally grows out of his conception of church history, viewed as a continuous revelation of Christ’s presence and power in humanity, and as an illustration of the parable of the leaven which gradually pervades and transforms the whole lump. The political and artistic sections, and the outward machinery of history, were not congenial to the humble, guileless simplicity of Neander. His style is monotonous, involved, and diffuse, but unpretending, natural, and warmed by a genial glow of sympathy and enthusiasm. It illustrates his motto: Pectus est quod theologum facit.”

That Latin phrase translates, “The Heart Makes the Theologian.” No wonder his work touched hearts!

The lesson of Neander applies to all of life. In sports they tell you, “You’ve gotta have heart”; in music, “You’ve gotta have heart”; the list of fields go on – you’ve got to have heart in just about every endeavor or it will be cold, mechanical, and uninspiring. This means, sticking with the athlete and musician analogies, you have to know more than the technicalities of the game or the music, you’ve got to play them with passion, with heart.

In life, “It’s the heart that makes the man or woman.”

Just as historians with heart inspire readers, people who live with heart will inspire observers. Nothing will give you this inspiration more than the knowledge of God as the Savior of Mankind! With the best doctrine ever embraced by man, the Universalist is inspired to let love breathe in his devotions, shine in his actions, and drop from his lips.

Are you inspiring people?

“The world’s history is a divine poem of which the history of every nation is a canto (one of the major divisions of a long poem) and every man a word. Its strains have been pealing along down the centuries, and though there have been mingled discords of warring and cannon and dying men, yet to the Christian philosopher and historian – the humble listener – there has been a divine melody running through the song which speaks of hope and peaceful days to come” (President James A. Garfield).

And as historian George Bancroft said regarding the conclusion of history,

“It is the time when the hour of conflict is over that history comes to a right understanding of the strife and is ready to exclaim, Lo, God is here and we knew Him not”.